Serving the Greater Midwest Through Our Network of Expert Associates

Serving the Greater Midwest Through Our Network of Expert Associates

What does it mean if a death is treated as suspicious?

A death is suspicious if it is unexpected and its circumstances or cause are medically or legally unexplained. Normally, this occurs in the context of medical care, suicide or suspected criminal activity. 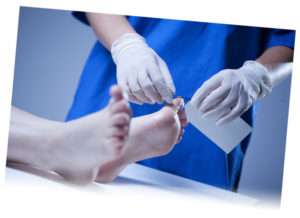 Do you believe the circumstances of your loved one’s death are suspicious? Do you believe there are too many unanswered questions surrounding the death? Many times when someone passes away quickly and unexpectedly, the facts of the death appear to be illusive or questionable. Sometimes, families just aren’t satisfied with, or are confused by, the information law enforcement or other agencies are providing to them. In any case, the uneasiness of not knowing can be very troubling and devastating to loved ones.

Marlene Rockwell is a seasoned Private Detective who can help grieving families and friends get the answers they need for closure by conducting what is called an Equivocal Death Investigation. The Private Investigators at Rockwell Investigations & Consulting, along with our strong network of the nation’s leading experts (pathologist, psychologist, crime scene investigators and former FBI profilers), has the knowledge and skill sets to conduct these types of multifaceted and complex investigations.

What is an Equivocal Death Investigation?

Equivocal Death Investigations are those inquiries that are open to interpretation pending further investigation of the facts, victimology and circumstances of the event.  The death might appear suspicious or questionable based upon what is presented. For example, a death appears to be suicide but may actually be murder staged to appear to as suicide. An Equivocal Death Investigation should include an extensive and thoroughly documented analysis of the body recovery scene, the autopsy, the forensic evidence, laboratory tests, and the victimology and behavioral history of the deceased. This detailed and complex investigative process can aid in determining the manner of death which is different than the cause of death. “Cause of death” is a term used to indicate the medical cause of death. It lists the diseases or injuries that caused death. “Manner of death” is the way to categorize death. For example, a person’s cause of death might be asphyxiation but the manner of death might be accidental or suicide.

In the United States, there are four recognized manners of death:

A board certified forensic pathologist may also opine that the manner of death is “undetermined”. In other words, It must be determined which manner of death–Homicide, Accidental, Suicide or Natural–provides the most logical explanation for the death. “Pending” may be listed temporarily on the death certificate for cause and/or manner when additional investigation, information and/or test results are required for certification.